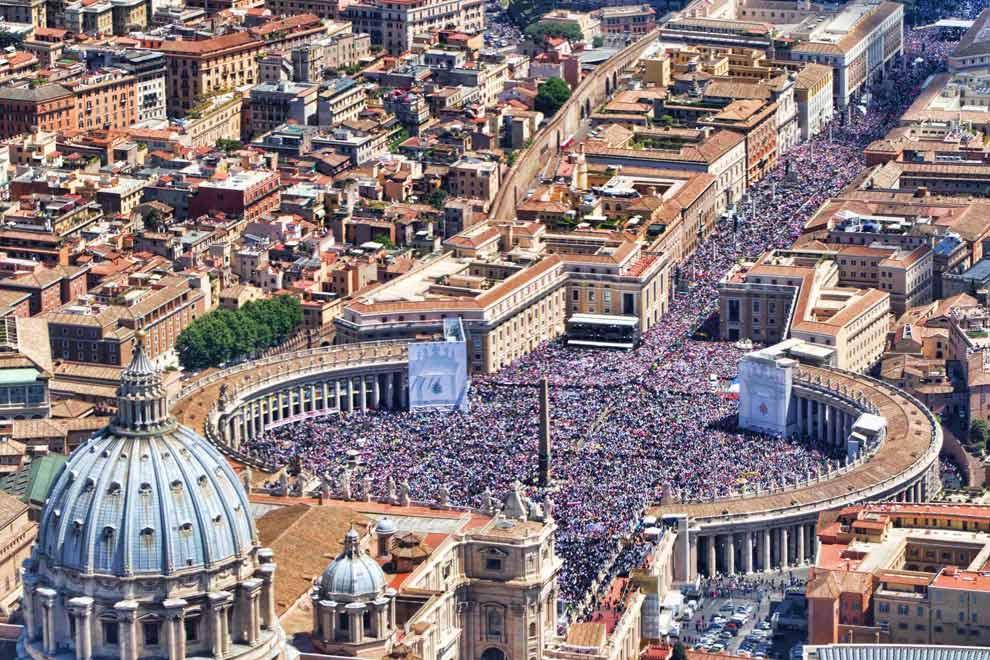 One million people gathered on St. Peter’s square to assist at the beatification mass of the beloved pope John Paul II. In record time of only 6 years after death the Polish pope was declared a Beatus. The beatification process was concluded when the pope Benedict XVI approved that the healing of the French nun Marie Simon-Pierre was a miracle due to the intercession of the pope JPII.

This is how the square of St. Peter’s basilica looked at the time when the mass was starting!